Liz provided this story for your consideration. Always consult your doctor if you have symptoms suggesting iron deficiency.

Fatigue is not something you bring to the doctor all the time. Sometimes, you think you are not getting enough sleep, or maybe you are stressed out at work or with family obligations – so you can discount your tiredness as “normal.”

However, I had been extra tired, breathless, and feeling run off my feet, so I mentioned this to my doctor during one visit last year. The doctor sent me for blood tests, and the results pointed to iron deficiency. He told me to watch out for two things, vitamin D deficiency and iron deficiency, and we would be monitoring my thyroid as well.

I started taking vitamin D, and decided that the easiest way to boost iron levels was to introduce iron into my daily menu with Souptacular. For the next few months, I cooked a batch of Souptacular every weekend, and portioned it out for the rest of the week. I would freeze some in bags, and defrost them for breakfasts and lunches every day.

Yes, I ate soup for breakfast nearly every day for months! 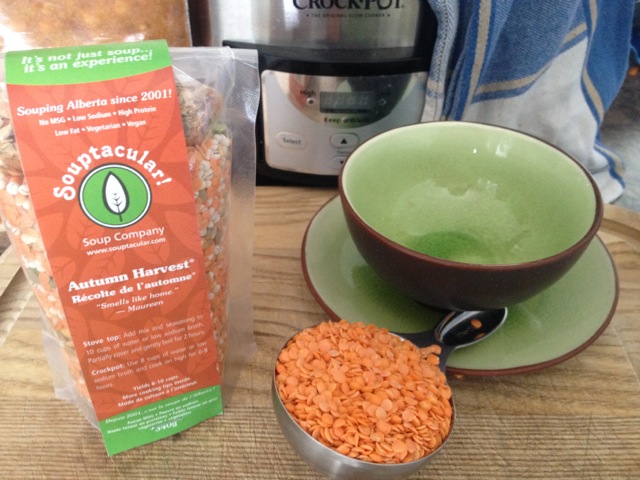 It may sound strange, but I reasoned that if the kids could eat dried cereals with milk every day, I could eat cooked cereals in the form of a soup.  Sometimes, my soups were made in the most basic recipe, using water or broth. Sometimes, I made something more complex with added meats or vegetables. I used any flavour of Souptacular that contained lentils.

During my experiment, I noticed that one simple bowl of soup would often satisfy my hunger until lunch, so that I was not starving by 10am, or grabbing an unhealthy snack. I would sometimes eat another small bowl of soup with a sandwich or some leftover meat for lunch, so eating healthy became SO EASY.

I would freeze my soup into portions, so it was always fresh, and I could switch up the flavours is I wanted. Medium freezer bags did the trick. This is a bag containing Souptacular’s Traditional Bean made with extra chick peas and a can of tomatoes. It was really tasty! 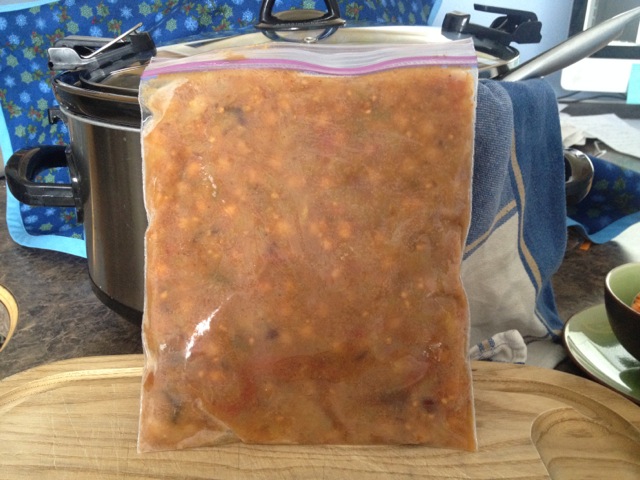 After six months, the doctor sent me for a follow-up blood test, and I was amazed to see that my iron level had dramatically increased! The only thing I did consistently to boost iron levels was eat Souptacular soups daily. My energy level had increased, and my symptoms of fatigue etc had been ameliorated.

Of course, I would always recommend that people consult their doctor if they suspect iron deficiency, because other factors could be responsible. In the meanwhile, how easy is it to just start eating Souptacular every day to support, and possibly improve, your iron? I can’t see a down-side!

Thanks for the story Liz, and we are glad Souptacular can assist with a healthy diet routine! If you have a story like Liz’s, or want to share your recipes with other Soup-er fans, please contact us!